Merseyside and several of its most interesting districts

The Metropolitan county of Merseyside lies in the northwestern parts of England. It has an estimate population of 1.38 million people and covers an area of 249 square miles. The county shares common boundaries with:

It is divided into five metropolitan boroughs: The City of Liverpool, St. Helens, Wirral, Knowsley and Sefton.

The Metropolitan Borough of Knowsley covers an area of 33.40 square miles. It has a population of approximately 150.000 people and a density rate of 4.400 people per square mile. The area is twinned with the German city of Moers. 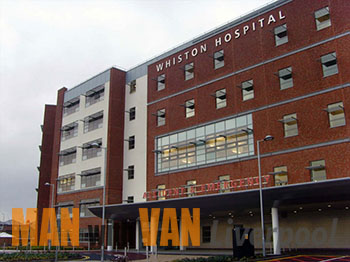 The district of Whiston is arguably the most reputed area of the borough. It has a population of 13.500 inhabitants. Whiston Hospital is considered by many to be the most noted landmark of the district. It specialises in burns and plastic surgery and was founded in 1843. It has a total of 956 beds and is classified as a teaching hospital.

Prescot is another well-known district within the Borough of Knowsley. It is home to the highly reputed Prescot Museum which showcases a permanent exhibition which is dedicated to the history of the local watch making industry. It also houses several temporary showings per year.

The Metropolitan Borough of St. Helens has a population of almost 178.000 residents.

Billinge is the main area of the urban district of Billinge and Winstanley. It has a population of about 6.500 people and is one of the least populous areas in the borough. The Church of St. Aidan’s is arguably the district’s more important landmark. It construction began in 1716 and ended almost two centuries later in 1908. It was designed by Henry Sephton and Thomas Graham Jackson and was listed as a Grade II* structure in 1966. Throughout the years several notable people such as footballer Colin Greenall, drummer Ken Owen, actress Carley Stenson, linguist Richard D. Lewis and many more have lived in Billinge. 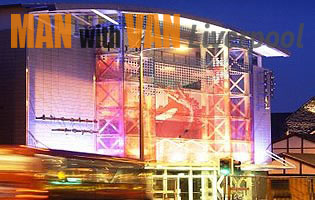 The town of St. Helens is the most populous district of the borough with a population of over 100.000 people. The area is home to numerous prominent landmarks that attract both local and foreign visitors. The Theatre Royal is arguably the most well-known building in the town. The venue initially opened in 1889 but had to be closed two years later as it was severely damaged by fire. Several years later Frank Matcham reconstructed the theatre and made one of Merseyside’s most notable entertainment venues. Since then the theatre has been the subject of numerous reconstruction and modernisation projects.

The Metropolitan Borough of Sefton is the second largest in Merseyside. It has a population of just about 250.000 people and lies in the northern parts of the county. It has two local boroughs: Bootle and Southport. The former is a town with a population of 77.500 residents. The town is home to numerous well-known landmarks such as the Former Swimming Baths which many consider to be the focal place of interest in Bootle. The structure dates back to the late 19th century was designed by George Heaton. The edifice is made of stone and has a slate roof. It is regarded as one of the finest examples of Jacobian Revival style in northern England. The Former Baths are a listed building. Other renowned landmarks in the area are the St. James1 Church, Town Hall, Statue of Edward II, War Memorial, St. Monica’s Church and Old Hall.

The city of Liverpool is the county’s largest and most populous urban settlement. It is also one of England’s most popular cities. Liverpool is divided into numerous wards and districts and one of them is Aigburth. It lies in the southern parts of the city and is home to several prominent landmarks. Sudley House is perhaps the district’s most important building. It was built in the early 19th century for Liverpool’s Mayor, Nicholas Robinson. The house was later acquired by George Holt one of England’s most illustrious ship owners and merchants. The edifice was donated to the city in 1944 by George Holt’s daughter, Emma. The Church of Saint Anne is another well-liked local landmark. It was built during the mid-19th and early 20th century and is listed as a Grade II* building.

The Liverpool district of Anfield is known for being the home of Anfield Stadium. The venue is used by the Liverpool Football Club (England’s most successful professional football team) for its home matches. Being constructed in 1884 it is one of the oldest purpose-built football grounds in the world. Currently it has a capacity of 45.276 people but the club’s owners are currently planning to expend its capacity to 59.000 seats.

The Metropolitan Borough of Wirral is the largest in the county with an area of 60.6 square miles. It is also the most populous area of Merseyside with over 320.000 inhabitants. The district of Birkenhead is one of Wirral’s major areas. It is home to some of the county’s finest religious edifices including St. James’ Church. The construction of the church was initially given to architect C.E Lang in 1845. However it was Walter Scott who completed the structure in 1858. The building is classified as a National Heritage Site and is one of the several Grade II edifices that are located in the Borough of Wirral. 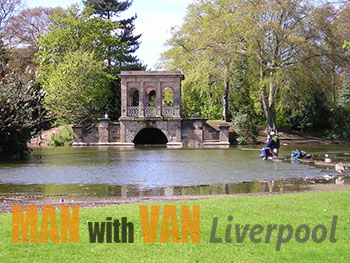 Birkenhead is also one of the borough’s most desirable residential areas as it is one of the greenest districts in Merseyside as it is the home of several open spaces including the highly popular Birkenhead Park. The park covers an area of 226 acres was opened on the 5th of April, 1847. Eastham is another area in Wirral that is known for its green spaces.

Other noted district in Merseyside