The Most Incredible Neo-classical Buildings in Liverpool

The English city of Liverpool is famous for its amazing music scene and legendary football clubs but these aren’t the only things that make it one of England’s most noted and visited destinations. Liverpool is also known throughout the world of its fascinating architecture and its rich tradition of neo-classical architecture. 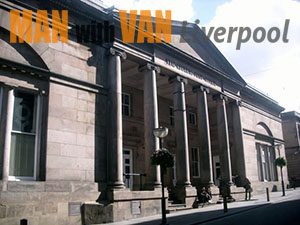 The Lyceum is arguably the most famous neo-classical edifice of the city. The construction of the building started in 1800 and ended two years later in 1802. The Lyceum was designed by prominent English architect and bridge engineer Thomas Harrison. Its design was inspired by the Portico Library in the city of Manchester. At the time the Lyceum was Europe’s first lending library. Today the building houses the Liverpool branch of the Co-operative Bank.

The Wellington Rooms also known as the Irish Centre is another fine example of neo-classical architecture in Liverpool. The construction of the centre spanned from 1815 to 1816 and was designed by famed architect Edmund Aiking. The edifice is listed as a Grade II building but sadly has been unoccupied since 1997. Today the Wellington Rooms is placed in the list of endangered Liverpool edifices due to its extremely poor condition.

Many architectural experts consider the Oratory to be the most beautiful neo-classical building in Liverpool. Some go even further and claim that the edifice is the city’s focal and most remarkable landmark. The structure is situated in close proximity to the Liverpool Cathedral which is another highly rated local landmark. The Oratory is listed as a Grade I building and was completed in 1829. Architect John Foster is the man responsible behind the design of the building. The initial purpose of the Oratory was to host funeral services prior of burials in the nearby cemetery. However when the cemetery closed the building fell into disuse. In 1986 the Oratory went under the care of the National Museums Liverpool and is currently used to contain a collection of statues and sculptures.

The Bank of England building is another impressive neo-classical edifice. Just like the Oratory, the building is listed as a Grade I structure. The construction of the building took three years (1845-1848) and was designed by Charles Robert Cockerell. The edifice is considered by many to be the finest work of the Cockerell and is often described as the most imposing building in which a Bank of England is housed.

As you can see the city of Liverpool is home to some of England’s finest neo-classical buildings. So make sure that you visit these edifices once your move to the city is over. Don’t worry about your relocation to Liverpool as there are numerous Liverpool man and van companies that provide reliable and high quality removal services. Also don’t worry about the price of man and van services in Liverpool, as most companies work with cost effective prices that won’t even put a dent on your monthly budget.

Once you are done visited the buildings from our list, you should go and explore the other neo-classical buildings that are in the city. We are certain that you will enjoy all of them.