Some of England’s Most Notable Ruins

England has a rich historical heritage and this is why the country is home to some of the finest and most visited ruins in Europe and the world. Down below are listed some of England’s most notorious ruins, which you will certainly want to see in person one day or another. 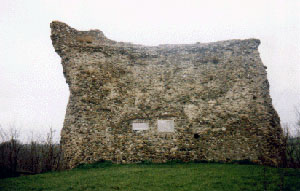 The ruins of the medieval Clare Castle are located in Suffolk in close proximity to the small town of Clare. The castle was built shortly after the Norman conquest of England. During the 14th century the castle was the residence of Elizabeth de Clare, who at the time was one of the richest women in England. Later the castle passed into the hands of the Crown but sadly by the 16th century was in ruins. The remains of the castle are currently listed as a Grade II structure and are part of a local park.

The remains of Lydiate Hall are perhaps the most famous ruins in the county of Merseyside. The hall dated back to the 16th century and was housed in a black and white half-timbered house. Lydiate Hall had a similar design to Speke Hall in Liverpool, which is one of the most famous landmarks of the area and country. The hall had its own private chapel and became was ruined during the early years of the 20th century. In 1968 the ruins of the hall were listed as a Grade II structure.

Winchester Palace was built in the 12th century. Its remains are located in the London district of Southwark and are arguably the most noted ruins within the English capital. The palace was the official townhouse of the Bishops of Winchester. Just like with the aforementioned ruins, Winchester Palace has the status of a Grade II building and is protected as a Scheduled Monument under the management of the English Heritage.

The famous Rochester Castle was built during the 11th century and is situated in the southeastern parts of England. While the castle is in ruins its main feature a 34 meters tall stone tower is in perfect condition. The stone tower dates back to the 12th century and is considered to be the most well preserved keep in both England and France.

In the village of Thurnham are located the ruins of Thurham Castle which is also known as Godard’s Castle. It was built during the 12th century and fell in ruins seven centuries later during the 19th. For years the ruins have been inaccessible but the site on which they are situated is current the subject of a major project which will grant the public and easy access to Thurnham Castle.

All these amazing landmarks are incredible sites which are worth a visit once you have settled in after your man and van project. So don’t hesitate to go on a road trip with you family once that your move is over and you have arranged everything with the man and van company that has assisted you with your relocation.

Note that these are not the only remarkable ruins in England that are worth a visit, but they are a good starting point.