The LIMF, Liverpool’s Most Visited Festival 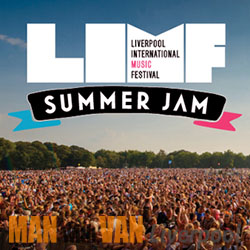 The festival is held during the last week of August and is arguably the main event in the Liverpool summer calendar. The largest and most visited yet LIMF was held in the summer of 2006. The 2006 Liverpool International Music Festival was held over four days from the 25th of August to the 28th of August. A total of five stages where set in the city centre: one at the Strand, two at the Pier Head, one at Derby Square and one at Dale Street. During the festival an innumerable number of both British and foreign visitors came to witness the festival. Also numerous local and foreign acts including many Beatles tribute bands took part in the 2006 LIMF.

In 2007 the LIMF was cancelled by the Liverpool City Council due to health and safety concerns around the Big Dig. The Big Dig was an extensive roadworks project across the central areas of Liverpool. The project was so immense that it obligated the closure of the Pier Head which is the site where the main stage of the festival is set. The news of the cancellation was announce on the 6th of August and was met by such discontent that on the 9th of August the Liverpool City Council decided to make a compromise and allow a portion of the festival to be held indoors.

In 2009 was held the shortest LIMF ever. The festival was held over the period of two days (the 30th and 31st of August) but still managed to attracts more than 200.000 visitors. During the 2009 festival a total of eleven stages were set all over the central areas of Liverpool. Once again numerous local, foreign and tribute bands took part in the festival. In 2010 over 100.000 people came to celebrate the 18th birthday of the festival. For the event a total of six stages were erected and numerous tribute bands sang songs by renowned artists such as The Beatles, Blondie and David Bowie.

The festival is held in an area of Liverpool that is known as the Cavern Quarter. The area is one of Liverpool’s most iconic areas as it is the location of the Cavern Club which was the first club in which The Beatles performed. The area is also home to numerous local businesses such as moving companies. In fact some of the finest and most affordable man and van services in the city are located in the area. Please note that most moving companies provide inter-city removal services, so don’t be shy to seek such services even if you are moving from another city.

Also don’t forget to attend the Liverpool International Music Festival once your relocation is over and you have settled in the city.