Parks and recreations in Liverpool 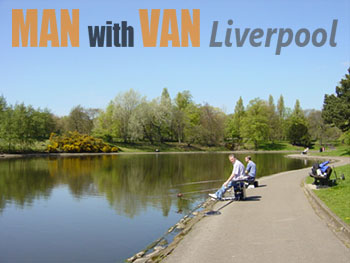 Summer is officially here and the time for rest and vacation has come. If you are one of those people that cannot put time aside to go away, or your vacation time in still far in the future, you still have the chance to catch a break without leaving the boundaries of Liverpool. There are as many as ten square kilometers of open green spaces on the territory of the city, a considerable portion of which are listed by the English Heritage – actually, Liverpool is the greenest city in UK apart from London.

The parks, gardens and commons in Liverpool provide great opportunities for:

One thing is certain – you will be able to escape the heat, the hassle and the stress of the big city here easily. So let’s have a look at some of the best public parks here, so that you can make your pick.

If you are student at the University of Liverpool, Abercromby Square does not need an introduction. This small green space is to be found right outside the main building of the university. Its lawns and trees offer shade and escape from live and they are  a perfect place to spend an hour or so reading or talking to friends. The centre of the space is occupied by a beautiful garden square. The park is named after general Abercromby who commanded the British forces in Egypt and died in the battle of Alexandria in 1901.

The park covers 126 acres and occupies the space around the Calderstones mansion. The park contains a playground, a botanical garden, a lake and a number of sites of historical interest. Ever since 2002 a rather popular tennis tournament has been organized on the premises of the park. International stars such as Martina Navratilova, Ivan Ljubičić and David Ferrer have played here in different years. Usually the Calderstones Park Tennis Tournament, officially known as the  Tradition-ICAP Liverpool International, attracts up to several thousand spectators.

The Canalside Park is a small and relatively new development which is to be found right next to Vauxhall Road. It is located on former industrial land, which has been reclaimed and several flower containing areas were created. The Canalside Park is the perfect place to walk or have a picnic at with friends and loved ones. The view to the Port of Liverpool is pretty nice.

Located between Woolton Road and Springwood Avenue, Clarkes Gardens used to be a private park. The local council used to distribute compost from here in the past, but today the Clarkes Gardens are very well maintained and favorite place for sports and recreation for members of the community Allerton. The park is also notable for being home to Allerton Hall, donated by the Clarke family to the Liverpool City Council in 1927. The building itself currently holds a Grade II* listing.

Everton Park is an extensive public park that was developed in the 1980s right on top and around Everton Hill. The vista from the park to the city of Liverpool can be described with just one word – breathtaking. In addition to everything else, Everton Park is home to the Everton Park Nature Garden, which your kids and you are definitely going to love – just give it a chance.

Princes Park is one of the largest open green spaces on the territory of Liverpool at the present moment. It covers 45 hectares and lies some two kilometers to the south west of the city centre. The park was conceived as a centre of a housing development in the 19th century and was donated to the public in 1917. The design was made by  Joseph Paxton and James Pennethorne and the official opening of Princes Park took place in 1842, making it not only one of the largest and best kept open green spaces in Liverpool, but one of the oldest as well. Major Landmarks here include the Princes Park Lake, an obelisk with an inscription dedicated to the memory of Richard Vaughan Yates, the founder of the park and others. A weekly 5 mile parkrun is held every Saturday in Princes Park at the current moment, with over a hundred runners who are frequent participants.

One of the major parks on the territory of Liverpool, Sefton park is located in the heart of the eponymous district. Surrounded by the neighborhoods of  Toxteth, Aigburth, Mossley Hill, Wavertree and St Michael’s Hamlet, Sefton Park covers a territory of the impressive 235 acres. In addition to everything else, Sefton Park has a Grade I listing designation by the English Heritage because of its great cultural and historical importance. Sefton Park has many notable sporting associations, most notably with the Sefton Park Cricket Club, which has been operating from here since 1876. Other popular sporting facilities here include  tennis courts, a bowling green, a popular jogging circuit, as well as a local league football field. The summer season Liverpool Philharmonic Orchestra concerts take place here, and the Moscow State Circus uses the premises when they are in town.

Another large park on the territory of Liverpool is the 110 acres Stanley Park. It was opened in 1870s following a design by Edward Kemp. It is one of the most notable public parks in Liverpool in terms of outline and architecture, and it is a great place for all sorts of recreational activities. It houses the Grade II listed Isla Gladstone Conservatory and many other amenities, including a horse-riding track. Stanley Park is well known to football fans as well, because it divides the home grounds of the two major Merseyside professional football clubs – Everton and Liverpool. Actually, Everton Football Club used the park as its home for some time, before it moved to its current grounds in the nearby Priory Road in 1879 and eventually in Everton Road some time later.