As we showed you in part 1, there are several epic football matches in which English teams have taken part. Here are several more matches which have legendary status in the history of football. 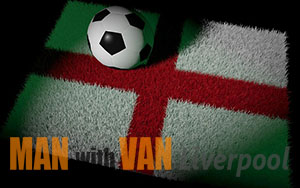 Liverpool vs Milan 3-3 – The 2005 Champions League Final was held in Istanbul and is arguably the most memorable final in the history of the tournament. The game started dreadfully for Liverpool as legendary Italian defender Paolo Maldini scored in the 1st minute of the game. At half time the Italian club was leading 3-0 with two more goals from Crespo. At this point everybody thought that the game was over. The second period started dynamically and in a span of six minutes Liverpool manages to score three goals via Gerrard, Smicer and Alonso. The game ended 3-3 and none of the teams managed to score during the extra times. So it took a shoot-out to determine the victor which was Liverpool.

Argentina vs England 2-1 – The 1986 quarter-final game between Argentina and England was a game that showcased Maradona’s genius and mischief. The first half of the game ended with a 0-0 result. It was the second half of the game that was flamboyant. In the 51st minute Maradona scored a goal by using his hand. The goal was later to be called by the author himself as “The Hand of God”. Four minutes later, the Argentine shined once again as he scored the “Goal of the Century” by taking the ball in his own half and dribbling through the entire English midfield and defense before eliminating the English goalie and scoring the second goal for his side. In the 81st minute Gary Lineker scored England’s only goal in the game.

Manchester United vs Bayern Munich 2-1 – Liverpool isn’t the only English team that has played in epic matches. This game was the 1999 Champions League Final. The match was hosted as the mythical Camp Nou Stadium in Barcelona. The final started marvelously for the German side who took the lead in the 6th minute with a goal of Mario Basler. The result was kept intact until the additional time of the second half when the German were getting ready to celebrate their victory. However in the first minute of the additional time Sheringham managed to equalise and cooled down the celebratory mood of the Munchners. Two minutes later Solskjaer shocked everybody by scoring a second goal for the English side and robbing the Germans by giving the cup to his side.

Although these games have passed you will have plenty of opportunities to witness unforgettable football matches once your relocation to Liverpool via man and van services is over as the English capital is home of some of the world’s most famous football clubs. Know that you don’t have to drain your saving to benefit from man and van services. So rest assured that you will have plenty of money to buy tickets.

Honourable mention: The 1966 World Cup Final between Germany and England in which the English won with a result of 4-2 after extra times.