Football has been the most watched sport in the world for numerous decades. Throughout these years people have been able to witness some great matches which have left their mark in the history of the game. Here are some of the most memorable football games in which English teams have been involved. 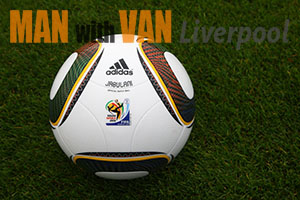 Chelsea vs Liverpool 4-4: This memorable clash happened during the 2008-2009 edition of the Champions League – Europe’s most prestigious club competition. The first leg between the two teams had ended up with a 3-1 away victory for Chelsea. The result meant that the team from Merseyside had to achieve a clean 3-0 win in Stamford Bridge in order to ensure qualification for the next round of the competition. The game started more than marvelously when Fabio Aurelio and Xabi Alonso gave Liverpool a 2-0 lead in just 28 minutes of play but Chelsea manage to turn the result in their favor during the second period. During the last 10 minute of the game Liverpool managed to once again take the lead with goals from Lucas Leiva in the 81st minute and Kuyt in the 83rd minute. The final 4-4 was formed when Lampard scored 89th minute.

Liverpool vs Alaves 5-4: The 2001 UEFA Cup Final was the last time that the Merseyside team won the second most prestigious European cup. The game commenced more than fantastically for Liverpool as the team was leading 3-1 at half time with goal from Babbel, Gerrard and MaAllister while Alonso had scored one for the Spanish side. The second half began more than dramatically as the Spaniard managed to equalise the score in just two minute with goals from Moreno. Liverpool took the lead once again via Fowler but Cruijff managed to equalise once more than put the game in extra time. Sadly the goal that made the difference and gave the victory to Liverpool was an own goal by Geli in the 116th minute.

Brazil vs England 1-0: During the 1970 World Cup, the national team of England met the of Brazilian squad in a game from the tournament’s group stage. At the time England was the holder of the World Cup while the team of Brazil was considered to be the best in the world. The only goal in the game was scored by Brazilian Jairzinho in the 59th minute. The game was remembered for Gordon Banks’s amazing save that denied Pele from a goal. The save is known as the “Greatest Save Ever”.

Know that there are football games in England at a daily basis, so you will have plenty of opportunities to witness in person a legendary game that will be written with golden letters in the annals of football.