Most Visited Islands in Europe

Europe is perhaps the world’s most visited and loved continent. Most travelers that come to the Old World opt to visit cities such as Paris, London, Rome and Prague but others prefer to spend their summer vacation on an island that offers both manmade and natural wonders. Here are several of Europe’s most visited islands.

Capri – The Italian island of Capri is one of Europe’s most popular and visited tourist destinations. It is located in the Tyrrhenian Sea and has a population of approximately 12.000 people. The island is home to numerous famous landmarks such as Piazza Umberto I also known as La Piazetta, Villa Jovis, Via Krupp, Torre Materita, Monte Solaro and many, many more. Capri is also the location of some of Europe’s most popular festivals such as the Festival of San Costanzo which is held on the 14th of May and the Festival of Sant`Antonio which is held on the 13th of June.

Mljet – One of Croatia’s largest islands, Mljet is considered a top touristy destination by travelers from all over the world. Legend says that the Greek King of Ithaca and hero Odysseus was kept captive there by the nymph Calypso for seven years. At the moment the local population is 1.088 people and its main landmark is the Monastery of Saint Mary. The monastery is situated in the heart of the Mljet National Park which is one of Europe’s finest green spaces. Last but not least, Mljet is also home to some of the finest beaches of the Adriatic Sea.

Sardinia – Another Italian island that is highly popular amongst tourists. It is the second largest island (Sicily being the largest) in the Mediterranean Sea and has a population of 1.6 million inhabitants. Cagliari is the capital and main city of the island and is undoubtedly one of Italy’s most prominent settlements. The island’s most notable area is known as Costa Smeralda. The area is home to golden sand beaches and crystal blue waters that attract visitors from all over the world. Other cities on Sardinia are: 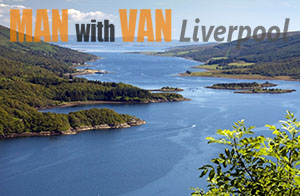 Mainland – Mainland is one of the Britain’s finest and most visited islands. It is located between the North Sea and the Norwegian Sea and gives to its visitors the opportunity to experience in first person the Viking culture and way of life. The most prominent landmarks are situated in its western parts. The Heart of Neolithic Orkney is beyond any doubt Mainland’s main touristy attraction. It is also the only site on the island that is recognised by UNESCO as a World Heritage Site. Skara Brae is another well-known local landmark that dates back to the Neolithic Ages.

Aegina – Locate in the Saronic Gulf, this mesmerising island can be reached via a one hour ferry ride from Athens, the capital of Greece. The island was a population of 13.000 people and is known throughout the continent and world for its seafood delicacies and breathtaking sea vistas. The Temple of Aphaea is the most notable landmark of the island, dating back to the 5th century B.C, it is 80 metres in length and 80 metres in width.

Majorca – Majorca is perhaps Spain’s most famous island along Ibiza. It is located in the Mediterranean Sea and is part of the Balearic Island archipelago. The Serra de Tramuntana mountain range is the island’s most famed feature as it has a unique eco-system. In 2011, Serra de Tramuntana was declared by UNESCO as a World Heritage Site. Aside of the mountain, the island is also home to some of the finest Mediterranean beaches.

Fehmarn – Situated just off Germany’s Baltic coastline, Fehmarn is a picturesque island that lies at about 18 kilometres from the Danish shores. Covered with recreational areas that draw numerous travelers from the four corners of the world, Fehmarn is also extremely popular amongst kitesurfing and windsurfing aficionados.

Crete – The largest and most populous Greek island is one of the country’s top touristy destinations. Heraklion is the main city on the island and is the location of the illustrious Palace of Knossos which dates back to the 1900 B.C. Frangokastello is another well-known local landmark. It is a castle that was built by the Venetians during the second half of the 14th century. Frangokastello lies at about 12 kilometers of Hora Sfakion which is another major settlement on the island.

Belle-Île en Mer – Located off the cost of Brittany the name of this French island means “Beautiful Island in Sea” and it absolutely lives up to the name. The island has an breathtaking coastline and a lush green interior. Belle-Île en Mer is so stunning that it has served as an inspiration for numerous world renowned artists such as Flaubert and Monet. While the island doesn’t have any major landmark it has over 60 world class beaches that oddly are never over-crowded and are the ideal place for some quality R&R time.

Ibiza – Europe’s party island is situated in the Balearic Sea. Its main settlement is Ibiza Town which is the location of the famous Ibiza Port – a World Heritage Site. While home to numerous first-rate landmarks, the island isn’t known for its cultural heritage but for its vibrant nightlife.

Hiiumaa – The Baltic country of Estonia may not be Europe’s most renown tourist destination but Hiiumaa is certainly one of the continent’s most astonishing islands. It lies in the Baltic Sea, covers an area of 989 square kilometres and has an estimate population of 10.000 people. The Kõpu Lighthouse is one of the island’s main landmarks. The structure was built during the 16th century and is one of the oldest still active lighthouses in the world. 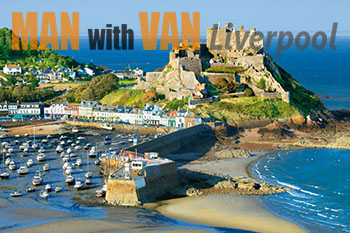 Jersey – Jersey is the largest of the Channel Islands and is renowned for its yearlong temperate weather. Durrell Wildlife Park is perhaps the island’s most visited place of interest. The park is classified as a zoological site and was established in 1958. Today the park is the natural habitat of over 1.400 animals of approximately 130 species.