The M53 highway is about to undergo major bridge repairs, at northbound Section 7, near Overpool. The repair work is to be performed on two separate bridges, and supposed to be completed within two weeks of commencement. If you got a man and van removal or delivery job coming up, then perhaps it is best to reschedule or find another route. City authorities plan to close down Section 7 of the highway from 8AM, Friday, 21st of August, to 6AM, Monday, 24th of August, and to do the same from 8AM, Friday, 4th of September, to 6AM, Monday, 7th of September. 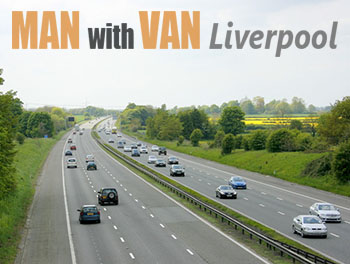 Unfortunately, road downtime will affect quite a few people in those two weeks, as there are number of events taking place, which are likely to attract crowds of motorists from the entire district. City authorities recommend that drivers find an alternate route, or allow for about thirty or so delays in journey time. Engineers are also planning to close down certain sections of the M53 for about five nights in September, which are yet to be set and disclosed.

The main purpose of the planned repair works is to carry out maintenance on the two bridges within Section 7 of the M53. Highways England – the organisation responsible for the project says that the repaired bridge structures will reduce the need for emergency road resurfacing, which has become something quite usual in recent times. This will inevitably save a decent amount of money from untimely road repairs. Needless to say, drivers will enjoy a much smoother ride after the bridge structures have been repaired.

Engineers are planning to close down Section 7 of the M53 for as short as possible, and most of the work will take place on weekends and overnights when highway traffic is not as heavy. There will be detours in place, taking drivers off the highway before Section 7, and then bringing them back on after the repair zone. It is not all bad news and hassles though as engineers will leave the M53 open for the bank holiday weekend at the end of August so that people can make the most of the last such break before the Christmas holidays.

Today another important road artery in Liverpool had to be closed down for motor and pedestrian traffic, namely Hope Street which was coned off for a number of hours due to an apparent gas leak having taken place at a student accommodation development. There have been no further complications and authorities have not reported any risks to public and businesses in the area. People however are reporting that a large number of utility workers and firemen are still present and working on the street, though the gas leak itself seems to be been stopped. Most of the local eateries and establishments have tweeted that they are still open for business and welcome patrons and guests. Many of the tweets featured a healthy dose of humour, despite the initial scare and commotion of this morning’s events.