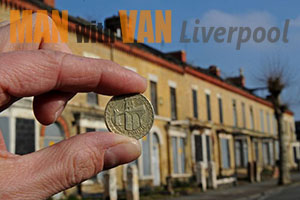 Liverpool City Council has recently announced that the Homes for £1 Scheme is being extended and that Shops for £1 Scheme is in the making. As a result of the expansion, another hundred and fifty homes will be put back into use through the scheme. The initial Homes for a Pound program involved twenty houses along Arnside Rd and Granby Four Streets. The houses entered in the program were made available (and will be made available) to people living and working in Liverpool, who are able to bring the properties back to decent living standards, on condition that they will be good owners, and will not sell the house for at least five years from now. One of the now-owners who took advantage of the scheme bought one of the properties in the initial stage, for 1 pound and has since invested more than thirty thousand pounds in doing it up – which is the intent of the program.

The second group of properties to be made available as part of the program, will be the disused terraced houses situated on and around Smithdown Rd, Wavertree. Some of the disused commercial properties, mainly shops, along the same road will also be entered in the program, and sold for £1 under the same conditions as residential properties.

Liverpool Mayor Mr John Anderson said that the overwhelming interest toward the pilot Homes for a Pound scheme has prompted City Council to relaunch the initiative. The success of the program is evident by the many houses which are now coming back to life through new owner efforts. Mayor went on to say, that if the scheme enjoys the same success this time around, chances are City Council will expand the venture even further, and include additional properties in different locations around Liverpool. Many areas of the city have been in neglect for a period of time now, and the partnership between City Authorities and private companies will result in bringing derelict areas back to life.

Another site to be transformed through the program was Archbishop Blanch High School – now a focal point of the area. The Homes for a Pound scheme aims to create thriving local communities where homes and public amenities are of the same high standard. Upcoming stages of the program will be broken down into five separate phases or locations, chosen as per the demand, condition and geography of the properties. If certain properties entered in the scheme are in really bad shape, City Council will undertake basic structural repairs as to ensure these houses or shops are worth the investment expected on behalf of their new owners. Plans are also being made to financially aid people who don’t have the required money to do up the home but are in need of a house.

If you are looking relocate your Liverpool based household from area of the city to another, you are best off using one of the local man and van removal companies. Generally, Liverpool can offer you a choice of reputable and experienced man and van movers who will handle your house removal accordingly and at the right price.