The United Kingdom is one of the most popular and visited countries in the world. However just like all placed on the face of the Earth, Britain has its peculiarities which can appear strange to foreigners. This is why we decided to list down several of the oddest and most eccentric British traditions. 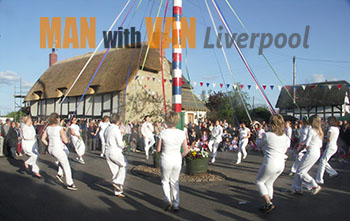 Maypole Dancing – The maypole is a tall wooden pole which is erected especially for various types of European folk festivals. Once the pole is set in place villagers gather around it and start dancing in a circular pattern. This odd tradition dates back to the Iron Age and isn’t uniquely exclusive to the United Kingdom as it can be seen in other European countries as well. The tallest maypole in the UK is located in the village of Nun Monkton and is 88 feet tall.

Guy Fawkes Night – Also known as Guy Fawkes Day, Firework Night or Bonfire Night this annual event is held on the 5th of November. It commemorates Guy Fawkes, a member of the Gunpowder Plot (a failed assassination attempt against King James I of England and VI of Scotland). Although named after the perpetrator, the event actually celebrates the fact that the king survived the coup against his life. During Guy Fawkes Night, people light bonfires all over the English capital. This strange tradition is often described by travelers, especially Americans, as the British Thanksgiving Day.

Ladies’ Day – Many people wrongly believe that the holiday is called Ascot Ladies Day when it fact it is only Ladies’ Day. The misconception comes from the fact that the event is held during the Ascot Gold Cup which is a Group 1 flat horse race. The race is over a distance of two miles and four furlongs and takes place every year during the month of June. During the Gold Cup, the track is mainly attended by women who wear out of the ordinary headwear.

Morris Dance – This is a traditional English folk dance which is usually accompanied by music. The dancers usually wear bell pads on the shins and implement items such as swords, sticks and handkerchiefs into their routines. When the dance is being performed by only one or two dancers, the Morris Dance is performed near and across a pair of clay tobacco pipes which are laid one across the other on the floor.

Pancake Race – This uncommon competition is generally held during Shrove Tuesday which is also known as Pancake Day. The participants in the race are women, who are dress in aprons and have a pan in their hand. Once the launch signal is given, the competitors must start running towards the finish line while flipping a pancake in their pan. If the pancake falls on the ground the participant is eliminated, the first woman to reach the finish line is the winner.

You will be able to witness in person all these unique traditions once your move with man and van in Liverpool is over. Don’t worry about the price of moving services, as nowadays most man and van contractors work with affordable fees.