The local council of Stoke-On-Trent, Staffs has pitched thirty three houses in the area at the price of one pound each. The houses in question are mostly terraced, two bedroom properties which when renovated can fetch up to seventy thousand pounds. Not bad if one bought the thing for one pound! 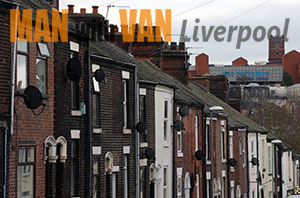 The idea behind the blowout house sale is to clean up the area as quickly and effectively as possible. A couple have recently bought the last of the one pound houses and are now looking to renovate – plenty of money left for man and van removal services and remodelling, provided the house costed one quid. However there is a council application and approval process for people looking to buy these houses.

The couple mentioned above were recently approved and are about to begin renovation in search of profit hopefully. After being selected from thousands of other applicants, the couple had to choose one of the houses blindly i.e. through a model of the house in question. Most of the houses along the street where Lawrence and Teresa’s one pound home is are still boarded up but they have taken their renovation project quite seriously, and now they can pride themselves on having the prettiest house of the street, literally.

The modern new home features a spacious bathroom, roomy kitchen, plush carpets and lovely feature staircase. What’s best of all is that the local council also gave lucky applicants a thirty thousand pound low interest loan to cover all expenses to do with renovation as well as man and van removal costs. The idea of the whole project is to revive a dead area of the city which is not plagued by any specific issues, but just not in use due to economic and socio-demographic reasons.

The owners of these homes are also given a choice of furnishings and finishing touches like doors, flooring, cabinetry etc. The one pound house is actually Lawrence and Teresa’s first ever home, they used to rent a similar home in the central parts of Staffs but even though they have to repay the council loan in the next ten years, they are still saving a decent amount of money in rent.

The couple used to pay four hundred and twenty five pounds in rent every month, bills and expenses on top. After some number crunching it turns out they will now pay twice as less in monthly instalments despite the interest. They both say they are quite happy with the situation, because they now have a home of their own (instead of just throwing money on someone else) at only half the cost of renting.

At the moment, only a handful of houses in the area are actually inhabited through this scheme. It is expected however that the project will draw more attention by others looking to buy a home. Since many of the houses are owned by private landlords but not in use and in need of renovation, the local council is also offering the same thirty grand to landlords so they can modernise and put the houses in use.