The city of Liverpool is home to the legendary and world famous professional Football Club of Liverpool. Liverpool F.C is one of England’s most successful clubs on both the local and international football scene. The club has more European trophies than any other English and British teams and is known to have one of the largest fan bases in the world. 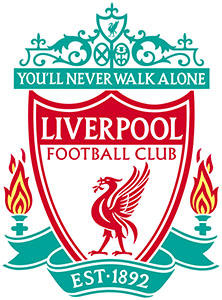 The home ground of Liverpool F.C is the mythical Anfield Stadium which is beyond any doubts one of the most famous football stadiums in the world. The stadium is so popular throughout the United Kingdom, Europe and the world that it has become synonymous with the city and one of Liverpool’s most recognizable and visited landmarks.

The stadium was completed and opened in 1884 and currently has a capacity of a little over than 45.000 spectators. An interesting fact about the stadium is that from its opening in 1884 to 1892 it was the home of Liverpool F.C local rivals Everton F.C. Everton F.C moved to the stadium of Goodison Park in 1892 after a dispute with the local authorities regarding the rental fee of the facility. In was in 1892 that Liverpool F.C started using the stadium and since then it has been the ground where the well-known club was won numerous domestic and international accolades.

Anfield has a total of four stands, Main Stand, Centenary Stand, Anfield Road and the illustrious Spion Kop which is more commonly known as The Kop. The Kop is famous throughout the world as it is the stand where Liverpool’s most avid supports stand and sing encouraging chants throughout the durations of the Liverpool matches.

The stadium has numerous entrance gates but the two most famous gates of Anfield are the Bill Shankly Gate and the Bob Paisley Gate, both of which are named after highly successful Liverpool managers. Outside of the stadium is situated a statue of Bill Shankly who is beyond any doubt the most successful manger in the club’s history. Another interesting feature that is located outside of the stadium is the topmast of the SS Great Eastern which is situated behind the aforementioned Kop Stand. The topmast is presently used as a flag pole.

Although it has a capacity of a little over than 45.000 people, the stadium’s record attendance is way beyond that number. In 1952, during the match of Liverpool versus Wolverhampton Wanderers a total of 61.905 attended the game. In 2014 a decision was made to extend the Main Stand and therefore increase the total capacity of the stadium to 55.000 people.

So if you are a football enthusiasts who has recently moved to Liverpool by using man and van services, don’t wait long to visit the stadium and its museum and more important to attend one of Liverpool’s home games. However before you visit the stadium or go to a game, make sure that you have arranged all details regarding your relocation to the city and that you have paid to the man and van company that has planned and conducted your relocation from A to Z.

You can be certain that you will immensely enjoy the ambiance of a Liverpool match when you attend a match in person.