Albert Dock – the symbol of Liverpool

Liverpool is an iconic city – anyone who does not recognize this fact knows little about history, art, and music. Even today we are talking about the second largest economical, cultural and entertainment center in Britain next to London. Every inch of Liverpool is soaked in history, so it is only logical that the concentration of buildings, monuments and other structures on its territory that can claim to be the symbol of Liverpool is enormous.

Nowadays fewer people realize what an important maritime center Liverpool was until quite recently. For centuries Britain has been the leading power in the world’s oceans, and the empire’s great fleet always found safe haven in Liverpool. So it is only logical that some of the largest, oldest and most interesting docks in the world are located namely here. And if something can compete for the title of a symbol of Liverpool that should be some of those docks. To be more precise – the Albert Dock. 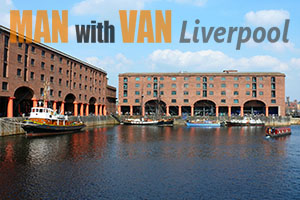 In addition to being one of the largest and busiest dock buildings and warehouses complexes of its kind in the city at its time, the Albert Dock is notable for the fact that it was also the first purpose-built structure of its type to be made entirely of cast-iron. The dock was opened in 1846 and followed the design of Jesse Hartley and Phillip Hardwick. The fact that it was made entirely of iron is very important, because at the time of its construction the problem with fires in dock warehouses was pretty big. So, the Albert Dock became, among other things, the safest dock in the world too.

Another very important innovation that was introduced in the Albert Dock, one which revolutionized the maritime industry in the years to come, was the special loading system that was enabled by the design of the facility. It enabled ships to be directly loaded and unloaded from the warehouses, which considerable cut down the time and resources that were required for the process. Brandy, cotton, tea, silk, tobacco, ivory, sugar and other valuable goods were stocked in the warehouses of the Albert Dock for decades, and slowly but surely it became the preferred facility for this purpose of companies that were trading with all corners of the world. Needless to say, at some point its capacity was insufficient for the ever-increasing demand, which prompted the construction of a number of similar facilities. When we say that the Albert Dock changed the maritime trading industry, we truly mean it.

Today on the other hand, the Albert Dock is probably the best known tourist attraction in Liverpool. It is recognized as a UNESCO World Heritage Site and according to reputable sources, it is the most visited tourist attraction in Britain that is outside London. All five warehouses that are located in the complex are Grade I listed buildings, and everyone in Merseyside is going to tell you that the Albert Dock is the most important and recognizable building in the city of Liverpool.