This Summer in Liverpool

Weather forecasters are predicting a three month heatwave for the city of Liverpool this summer. This means lots of fun in the sun and a chance to enjoy many of the city’s attractions and sights. Temperatures are expected to rise as early as the end of April – just in time for the May bank holidays. 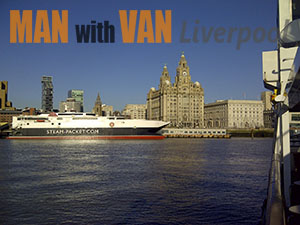 One of the eagerly anticipated attractions coming to Liverpool this summer is the open air cinema. The cinema will set up shop sometime around eighteenth of June, and will be screening lots of flicks from classics like Grease to the latest summer blockbusters. For now location and details of where the open air cinema will be located are kept secret but will be revealed in the next month or so.

The duck trail is another attraction coming to Liverpool this summer. Twenty giant ducks will be placed in different sites around the city, forming the so called duck trail. Follow the duck trail and have fun finding all the duck figures, which should be easy since their colourful paintjobs are easily spotted from a far.

Ship enthusiasts will be treated to the Three Queens Celebrations at the end of May. Luxury ocean liners Queen Mary 2, Queen Elizabeth and Queen Victoria are arriving at the River Mersey for a spectacular ship parade planned for late May bank holidays. Visitors are expected to number around one million so make sure you pick a good spot along the riverbanks.

The Secret Roof Garden is another attraction expected to become hit with Mersey-siders. The venue is on the 8th floor of the West Africa House (on Water St). The roof garden is not officially open yet though it opened a couple of times in recent months to give patrons a sneak peak of what’s to come.

The Light Night will return to Liverpool for the sixth year in a row. The annual event will be held on fifteenth of May and will provide access to over fifty arts and cultural locations throughout the city with extended working hours into the night. There are special events planned at St George’s Hall, Central Library, also at The Bluecoat and the Camp & Furnace.

Liverpool’s beer gardens are always in fashion and given the lovely weather that’s expected an outing to one of the city’s popular beer gardens should be great fun. There are quite a few beer gardens around so pick the one that suits you best.

Liverpool’s Rock n Roll (aka Half Marathon) is on again this year. The event is an excellent spectacle and provides for lots of fun and entertainment. Runners will be hitting the streets of Liverpool under the sounds of live rock music performed in key locations along the marathon’s path. Event is expected to take place on Sunday, fourteenth of June.

If anything, you can always spend the day at the beach – Merseyside beaches are all unique in their own way and make for a great day outing. In case you are planning a property removal for this summer, stick to a well-organised plan and use the services of a specialised man and van removal company. There are good companies to choose from so hop online and find one near you.