Five Cities You Should Live For A Time 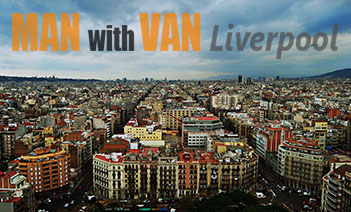 Changing cities or even countries might be very beneficial to you in a number of respects. If you do not feel content with your current situation, or you just want a change in order to feel like your life is more fulfilled, then you should definitely consider calling your local man and van company to check out if they do inter-city/country relocations. In order to inspire you, we have compiled a list of five cities that everyone would be lucky to have had the chance to live in for a time:

Well, there is no way that we cannot start with London. The capital of England is a huge modern metropolis which still manages to preserve much of the glory and spirit of the Imperial Age. It is a global financial centre, a cultural hub and so much more. If you are looking for excitement and limitless opportunities then London is definitely the right place for you.

Barcelona, which is also on our “must visit cities” list, might not be officially the capital of Spain, the city definitely comes with the capital spirit – after all you should not forget that you are not in Spain, but in Cataluña. The gothic quarters in the old historical centre look as if they have just come out of an Umberto Eco novel. The city is usually crowded with tourists. The food is great, the people are friendly and the weather is just perfect. After all you are in the Mediterranean.

If you are looking for a place that is truly out of the way, then you would probably want to come to the Balkans. Zagreb, the capital of Croatia, might be the ideal place for you to start your exploration of this remote part of Europe, because it still remains more or less on the border between the Western civilization and the Balkans, where the mores are just different. Zagreb is a small city by most standards, which is characterized by its beautiful Hungarian Gothic architecture. The country itself is very much influenced by Italy – actually Croatia is often called “The Italy of the Balkans”.

Rome is a hectic, often perplexing city and it would not be up to the likings of everyone, but the fact remains that if you choose to live here, you will be living in one of the oldest cities in the world, and probably the greatest one too. People come to Rome for the food and for the culture – you will definitely find a reason to stay here longer.

If you are artistically inclined, no matter whether you writer, paint or do stage plays, you should definitely spend some time in Paris. That is after all, a centuries-long tradition. You will have the chance to tread the same streets as Hemingway and Picasso did in the 1920s, live in the Latin Quarters and actually experience the reasons Paris is so often called the Most Romantic City in The World. Or not, but you will definitely fall in love with the city.