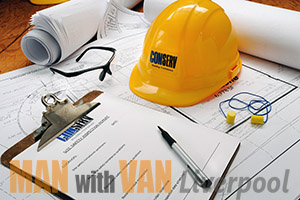 A leading construction company has registered an exceptional year of progress according to company officials. The Liverpool branch of the business has put out the profit figures for twenty fourteen, which show nearly seventy five percent increase in pre-tax profits.
In the last twelve months, the company has built and sold over six thousand and eight hundred homes, which is an increase of more than twenty two percent as compared to the twenty twelve – twenty thirteen tax year. The regional headquarters in Hunts Cross, Liverpool has also indicated a strong increase in shareholder dividends. According to senior company officials in Liverpool, this has been one of the most successful, if not the most successful year for the business since the economic downturn of the last decade.
The main focus of the company is on construction and sale of residential properties, and the rise in sales is attributed to an increase of customer confidence. More confidence in the company on behalf of customers has accelerated construction of much needed homes. Construction has always been an important sector of the economy and positive growth in this particular industry will have a positive ripple effect on other related industries, like man and van companies for example. The residential moving industry will benefit directly from more homes available for rent or sale as more people will be willing to relocate to a better property.
Company officials expect even higher growth figures during the year as the business has taken on a record sized forward order, which is expected to generate an increase of more than ten percent in volume growth during the current financial year.
In figures, the volume growth of the builder has increased by more than eight hundred finished homes as compared to twenty thirteen. According to management, this is the highest ever forward sales position achieved by the business to date.
The current strong positon of the Liverpool branch will allow management to expand the business (as planned) and possibly create new divisions, which in turn translates to more jobs. As mentioned, a lively building industry will also have positive effect on related sectors of the economy – one of them man and van removals. More homes available on the market also mean more property removal customers.
In order to retain its current position and move forward through growth of sales and profit, the company will adhere to its controlled land investment for the upcoming years. The overall idea of this somewhat cautious land investment policy is to ensure further value for shareholders.
Liverpool based economic analysts have reviewed the company’s performance figures so far, and are expecting for the positive trend to continue as the current construction industry and market are proving to be robust. There are no guarantees however, as it is still too early in the financial year to make any concrete conclusions. Nevertheless, the construction company has a high rating amongst investors and analysts. Generally, if market conditions continue to improve, there will be higher profits and more investment dividends registered.